It is tradition for my son and I to go on an every other weekend donut run, and we do have a couple of amazing mom and pop donut shops around the corner; however, if we don’t get up early enough they are all sold out. So this past weekend, we didn’t wake up until around 8:30 and I knew our shops would probably be slim pickins! Then I remembered as a child my grandma would make these amazing cinnamon sugar donuts, so I took a stab at it, and they were just as tasty as I remembered!

Make sure you drop a piece of dough into your oil to make sure it isn’t too hot.

You will need Grands Juniors Flaky Layers (I used the small can that includes five biscuits), cinnamon and sugar. 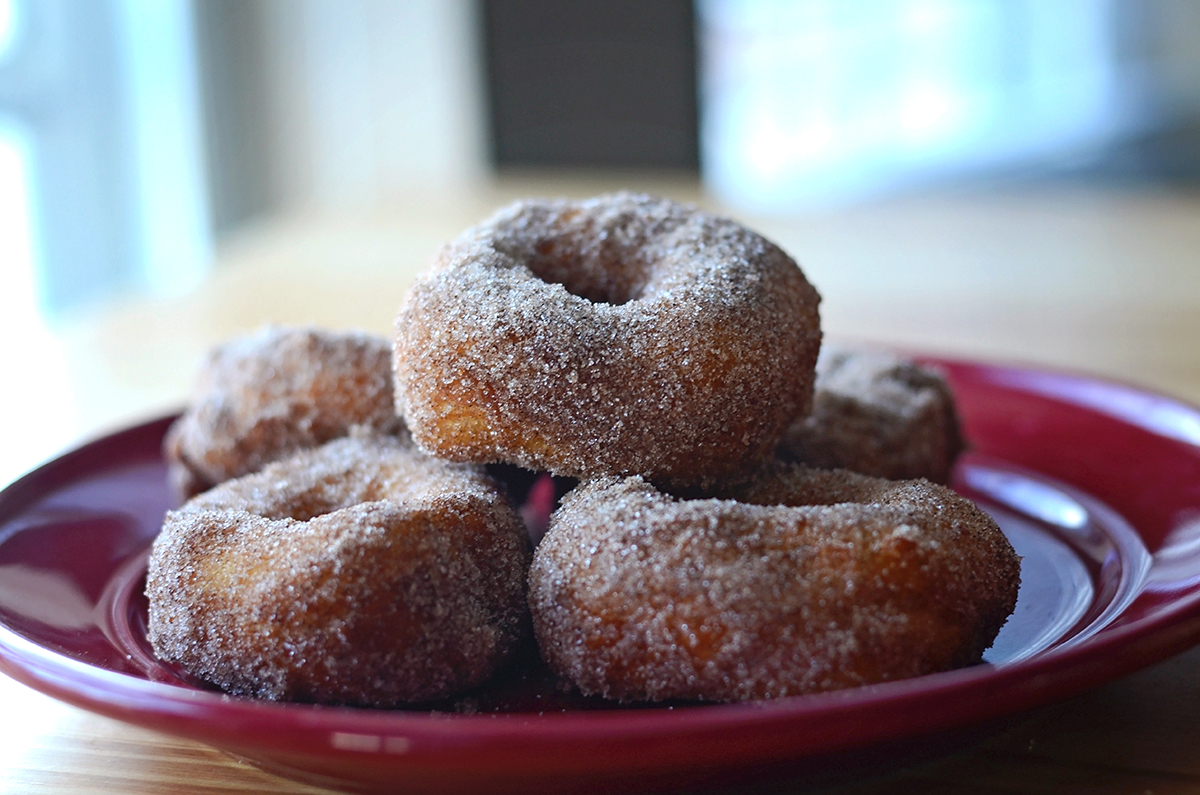 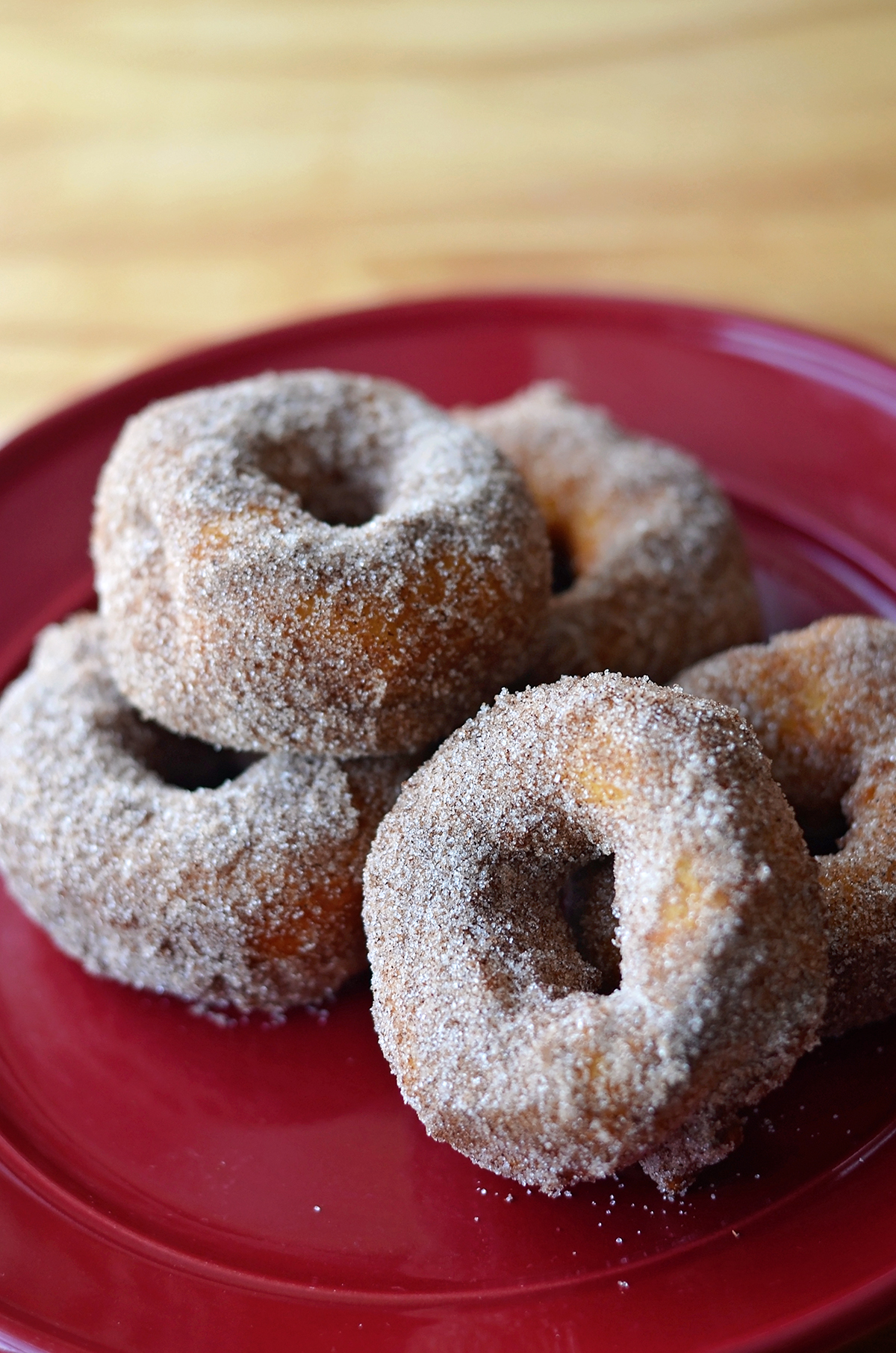 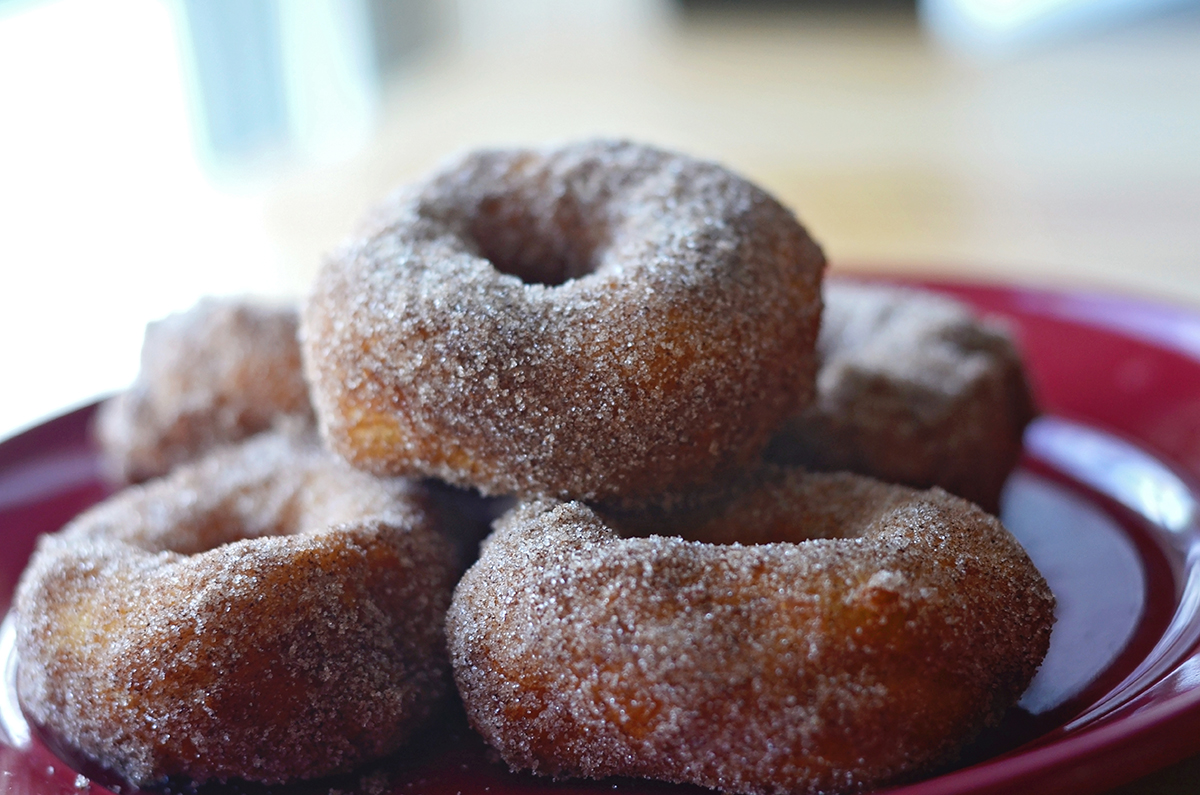 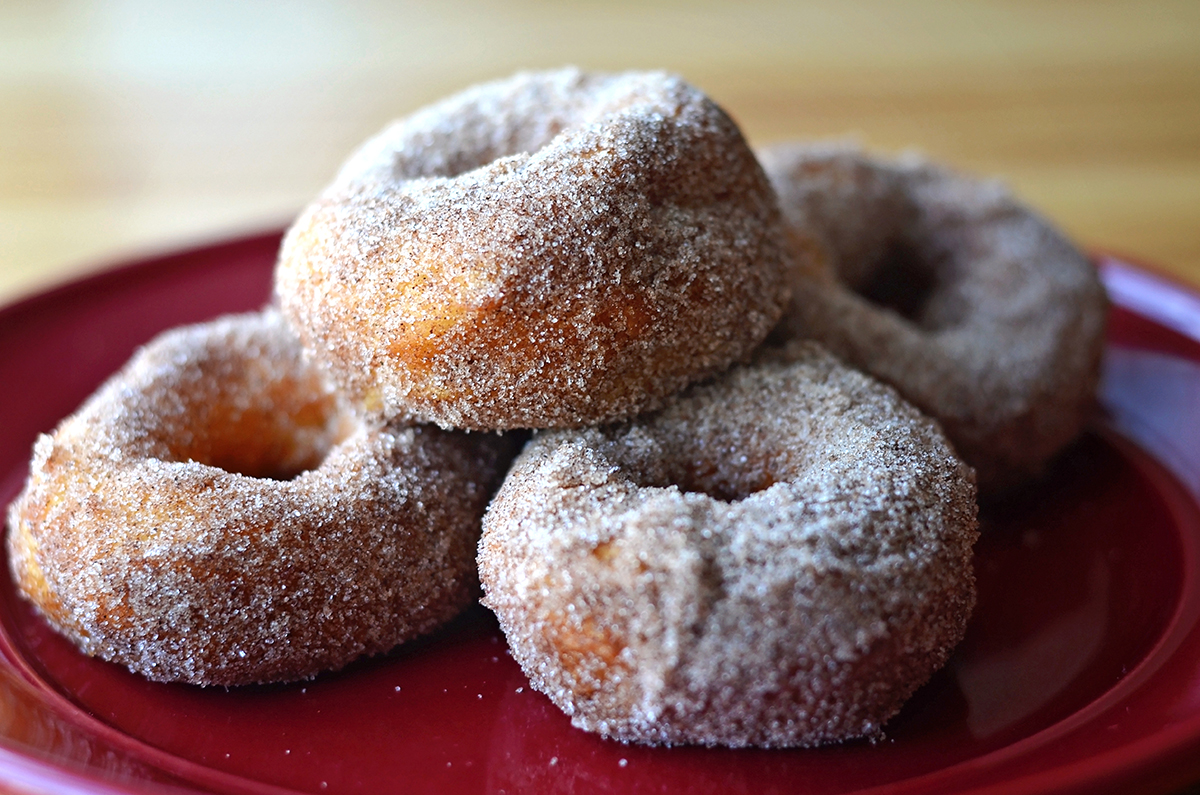 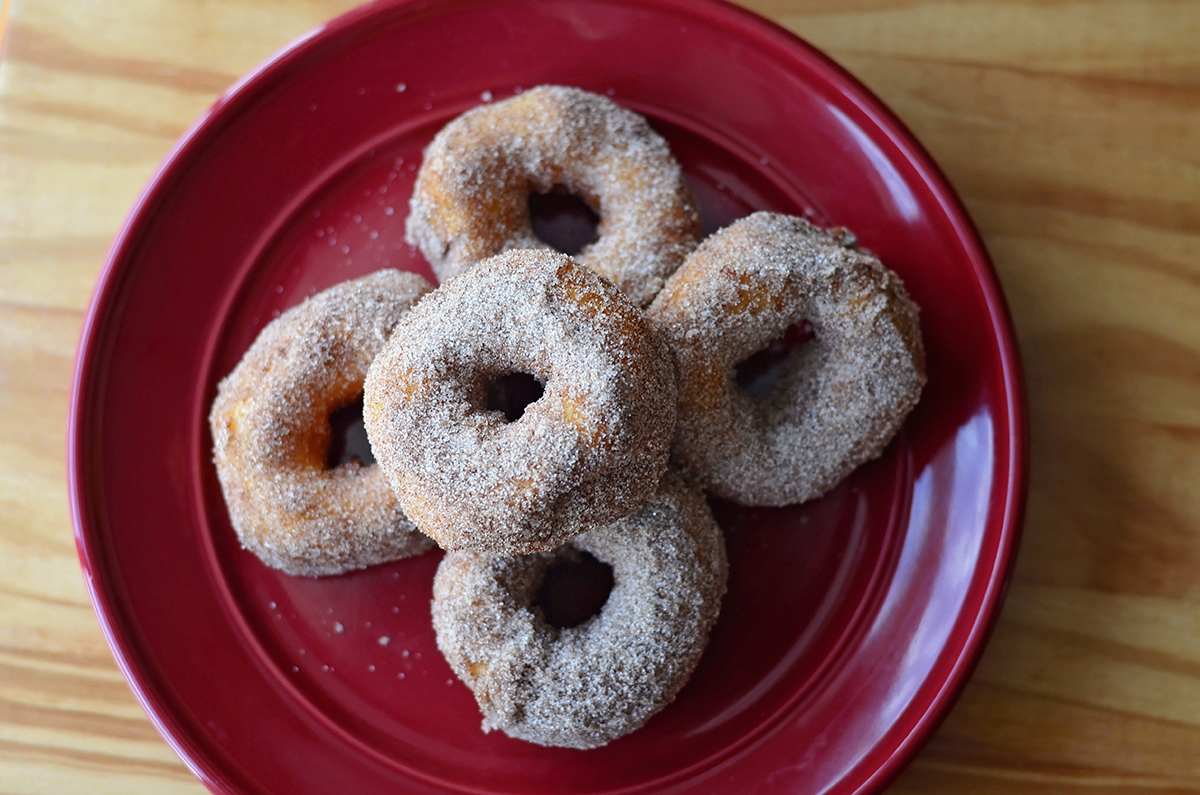